The UAE is a small country in the Middle East, spanning 83,600 sq km. The abbreviation ‘UAE’ stands for United Arab Emirates. The term ‘Emirate’ refers to a principality. It comes from the term Emir and specifically references principalities that are ruled by a dynastic Islamic monarch. There are seven emirates in the UAE – Abu Dhabi (which serves as the capital), Ajman, Dubai, Fujairah, Ras al-Khaimah, Sharjah and Umm al-Quwain. Each emirate has its own monarch, but Abu Dhabi serves as the capital and the Emir of Abu Dhabi serves as President of the UAE.

The UAE’s flag is made up of a red vertical stripe and three horizontal stripes in green, white and black. These colors are traditionally the Pan-Arab colors. Furthermore, the black stands for defeat of enemies, the white for peace and calm, the green for hope and growth and the red for strength and courage.

The UAE shares borders with Qatar, Saudi Arabia and Oman

The UAE is an active leading country in the field of clean and renewable energy worldwide. Its immense efforts culminated by choosing Abu Dhabi to host the headquarters of the International Renewable Energy (Irena)

The UAE produces 2.7 million barrels of oil per day and has the seventh-largest oil reserves in the world.

The United Arab Emirates was established on 02 December, 1971

The UAE is a federal state made up of seven emirates: Abu Dhabi , Dubai , Sharjah, Ajman, Ras Al Khaimah , Umm Al Quwain , and Fujairah while Abu Dhabi is the capital

The permanent constitution, which was passed in 1995, clarifies the primary rules of the political and constitutional organization of the state and the components and objectives of the Union 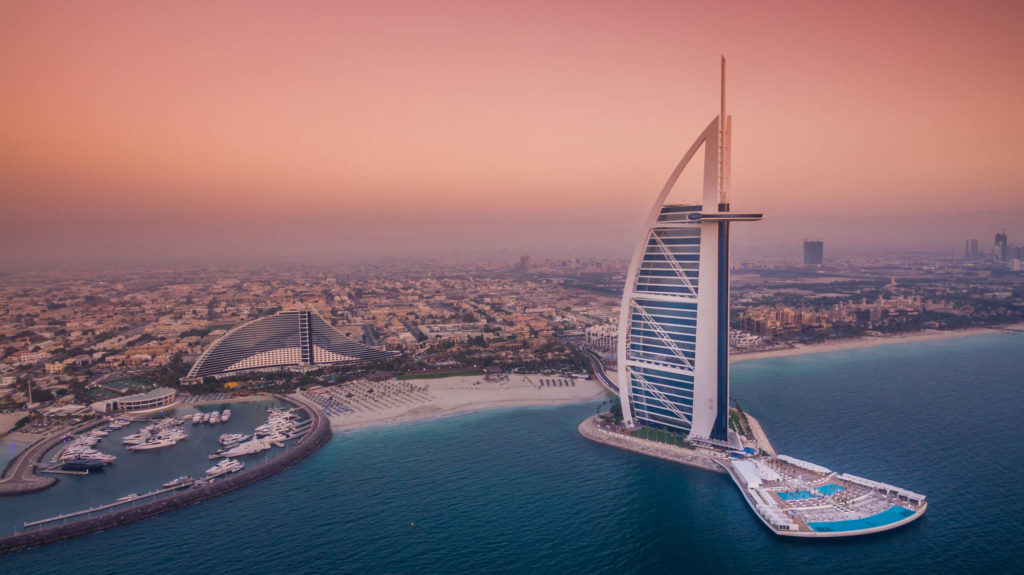 Dubai​ a place where opportunities are born and new ideas are embraced, a place that aims to achieve its vision to continue to create a confident, secure society and to build a sustainable, open and globally competitive economy. Dubai​ is one of the most open and progressive communities in the Gulf region, with people from over 200 nationalities living and working in the emirate. The emirate is one of the safest cities in the world, and is committed to maintaining social harmony and domestic security.

Ruling the Dubai​ for decades, the deeply rooted Al Nahyan Arab ancestry goes back to the original Al Bu Falah tribe of the region. Al Bu Falah’s renowned wisdom and strength won the tribe the leadership and allegiance of Arab tribes in the regions of Abu Dhabi, including Al Dhafra and Al Ain, since the mid-16th century. Al Nahyan’s prominence in the tribe was rooted in its historic and cultural relations with the people of the region.